Georgia Healthy Homes Before & After Photos 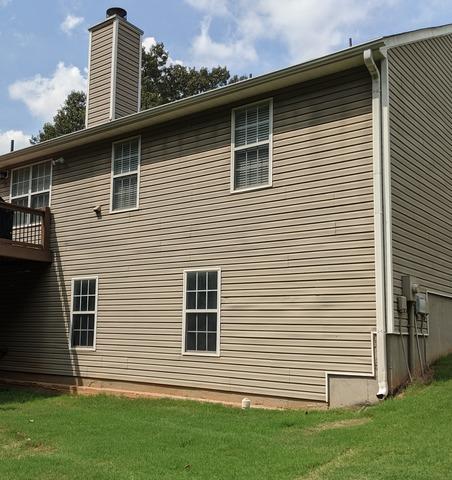 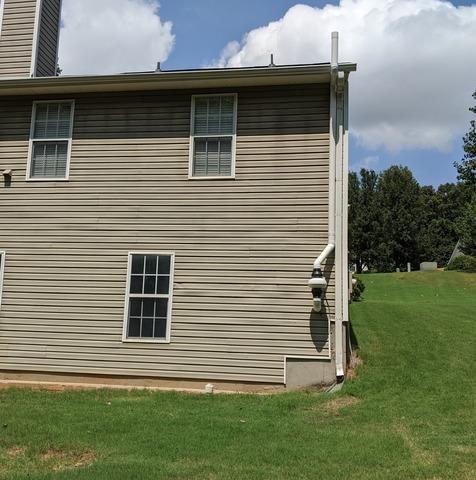 A homeowner in Auburn, GA called us to install a radon mitigation system to satisfy the contract to sell his him. The home buyer tested for radon during their home inspection. We were able to get a basic system installed and a radon test report that showed the average level at 2.5 pCi/L and he was able to close on time.

If you are selling your home, we recommend having your home tested for radon before putting it on the market to eliminate any surprises during the sale. Selling a home is stressful enough, for both parties. Call us today for radon testing and mitigation. 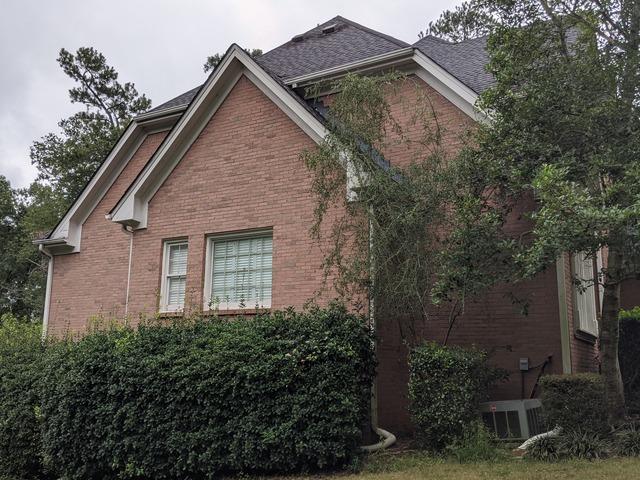 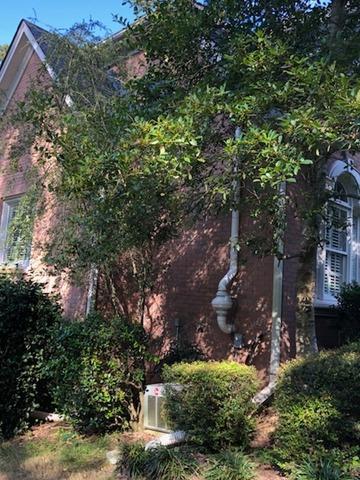 Winston M. called Georgia Healthy Homes after running several long-term radon tests in the basement of his Covington, GA home. The basement was finished and had his home office and a home gym. They all spent a lot of time down there.

We offered an exterior aesthetic package to Winston but he thought the trees would hide it well enough and he was right.

If your home tests high for radon, give Georgia Healthy Homes a call. 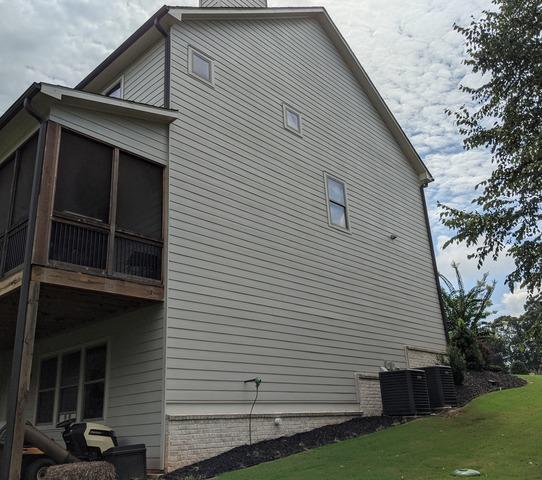 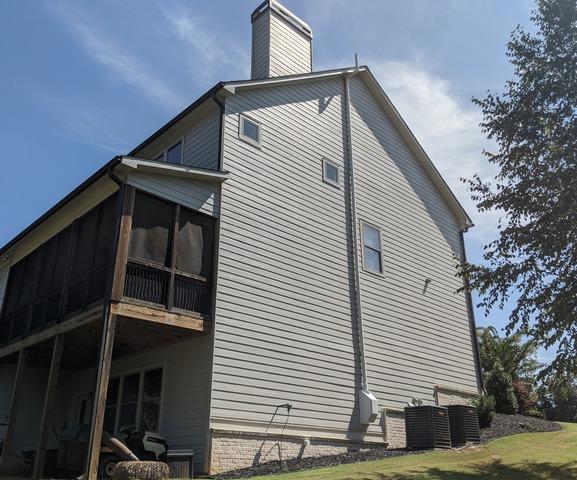 A family in the Sterling Lake subdivision of Jefferson, GA was planning to finish their basement and was advised to test for radon before proceeding with the renovation. The bought a test kit from a hardware store and the results came back over 8 pCi/L. They contacted Georgia Healthy Homes to do a retest and to provide a free estimate on a radon mitigation system.

Our radon test resulted in an average of 10.1 pCi/L. The family was planning to finish almost the entire basement and requested that the system be placed under the stairwell. This was a difficult location but we were up for the challenge. It required running the pipe on the exterior of the home, which is pretty normal, but we needed to use a 40 ft ladder for the installation.

The homeowner reported that their retest after the mitigation was installed showed an average concentration of radon of 2.5 pCi/L.

If you are planning on finishing your basement, make sure you test for radon first. If you are concerned with the radon levels, call Georgia Healthy Homes for a free consultation today. 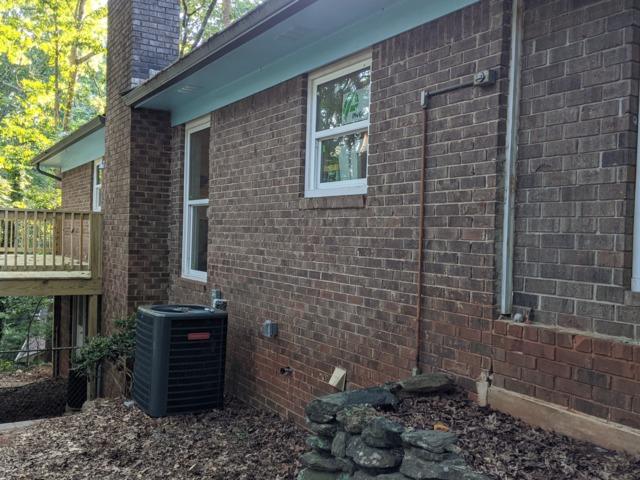 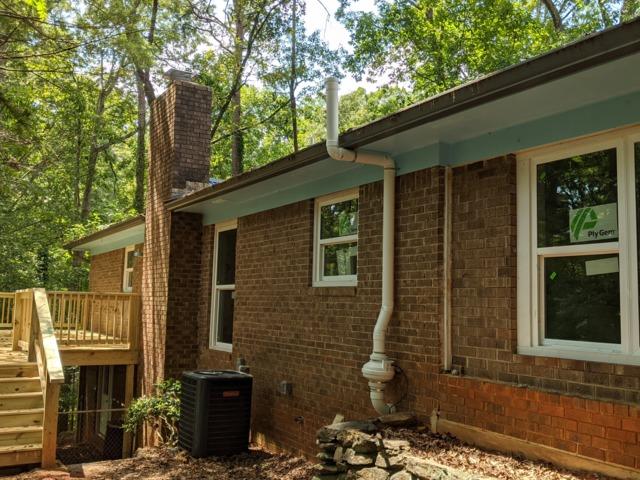 We installed a radon mitigation system for a homeowner in Athens, GA that was planning on finishing the basement of her 1960s ranch home in the Forest Heights subdivision. Thankfully, she had a radon test before her contractor began the work. We were able to reduce the levels in the basement from over 5 pCi/L to below 1.0 pCI/L. 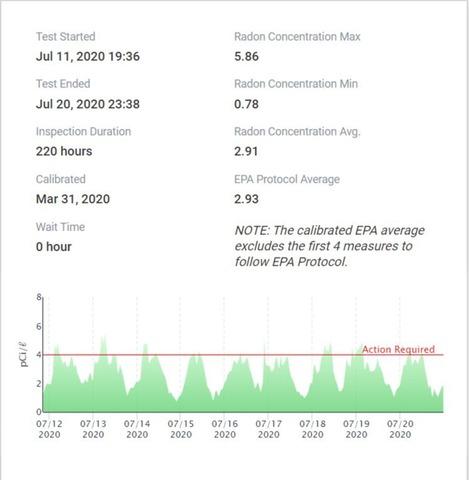 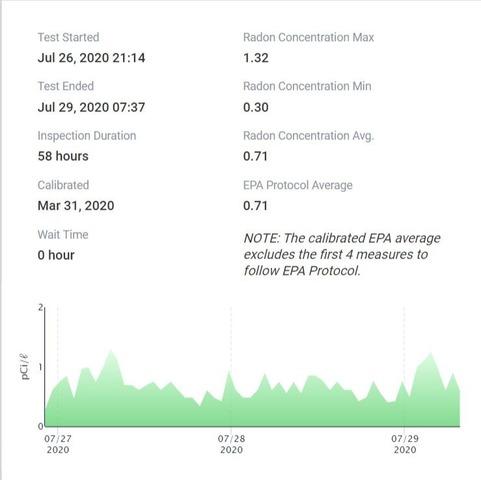 A concerned homeowner in the Forest Heights neighborhood in Athens, GA called us for radon testing and mitigation. She works from home and has a home gym in her basement. She had done some short term testing on her own and felt the results we inconsistent and confusing. She requested that we run a longer test than normal so she would have confidence in the overall average. We decided to run the test for 9 days.

The first test we conducted had an overall average of 2.9 pCi/L. This is below the EPA average but she wanted to get the levels below 2.0 pCi/L because she spends so much time in her home. The report showed that there were daily spikes in the levels up to 5.8 pCi/L. We were very confident we could help her meet her radon reduction goals.

After installing a radon mitigation system, we retested the home. She was thrilled with the results. The average was 0.7 pCi/L with a maximum reading of 1.32 pCi/L. The mitigation was a success and we were able to deliver the results she needed to feel comfortable spending so much time at home.

If you are concerned with radon in your home or you have done your own testing and don't know what to do next, call Georgia Healthy Homes Today!

Total Before & After Sets: 9

We serve the following areas